The Drowning Prevention Coalition of El Paso’s mission is to promote, develop and support training and community education efforts that prevent fatal drownings, non-fatal drownings and other water-related incidents in El Paso County and the surrounding area.

The committee meets the first Tuesday of each month at O’Rourke Recreation Center, 901 N. Virginia St. at 8:30 am.

“Children Drown In Silence.” Those words are not just a slogan, but a reality and reflect the message conveyed by the members of the Drowning Prevention Coalition of El Paso, Texas. The Coalition formed in March of 2010 following an astonishing nine drowning deaths in El Paso County the year before. The Coalition wants to reduce the number of fatal drowning’s by building a culture of water safety which with 30 area agencies comprised of aquatics experts and swim advocates want to bring an awareness, and education about drowning prevention to not only children, but also to adults and families.

The Drowning Prevention Coalition of El Paso was formed through the efforts of Laura and Eddie Castle, parents of Christian Castle who passed away through a fatal drowning August 11,2006. Thirty-six different community organizations, groups and agencies in the city have come together with the following mission statement: “To promote, develop and support training and community education efforts that prevent fatal drownings, non-fatal drownings and other water related incidents in El Paso County and the surrounding areas.”

Several events are hosted annually by the Coalition such as the Price’s Creameries April Pools Day which promotes water safety during the month and the World’s Largest Swim Lesson each June which is an event that promotes Learn to Swim lessons at Wet –N- Wild Waterworld, a local waterpark. Another Learn to Swim initiative is done through the Infant Swim Resource model of teaching toddlers and young babies the method of “to just rollover on their backs” when suddenly thrust into a pool or large body of water, which has helped save countless lives.

Another highly popular and needed event is MAY DAY FREE Hands only CPR Day as part of Drowning Prevention Week. This event focuses on families in residential areas with backyard swimming pools along with hotels and apartment complexes to learn basic CPR which can help them in saving a life while also learning standard water safety tips. Hundreds of residential pool owners and many families that frequent pools and other bodies of water have benefited from this life saving instruction.

The Drowning Prevention Coalition of El Paso and its members provide year round education to children and parents in our community through various forms of outreach in the schools, daycares, organizational meetings and public service announcements.

Another notable event is the Christian Castle Lifeguard Olympics which pays tribute to Christian Castle. The Olympics allows lifeguard teams to compete in life saving challenges while raising awareness for water safety and the extensive training that lifeguards go through for their craft.

Laura and Eddie Castle have been a great foundation of strength for the Coalition as the committee members strive to encourage more citizens in El Paso County to Learn to Swim and most importantly to “Respect the Water”.

It was evident from the early stages of fetal development that there was a “special order “ in the oven. As with our older son, Ashton, Eddie (daddy) felt the immediate need to attach an identity to the little guy. “Nacho” seemed to perfectly nail the fun and playful emotions that circled within us as we awaited Christian’s arrival. An emergency c-section sprung Christian into the world. Four weeks before his due date. Even though his first breaths were labored and strenuous, it was quite evident that he was a fighter! Eventually “Nacho” was amended to “Macho Nacho” as a result of this. Christian continued to carry this same “fire for life” in the months that proceeded so he was then known permanently as “Macho.”

As months grew into years, “Macho” grew into the most unique and original little boy. It seemed as though he devoured platefuls of humor and fun by the hour. He would take all the influences in his life and recycle them into the most ingenious of formats. Everything he did had a touch of his personal flare and intensity. His ability to carry on a conversation was usually his foot in the door to the hearts of those he met. Once in, he masterfully used a blend of his advanced vocabulary, individual word-stock, and physical idiom to make a permanent mark. His bank of facial expressions and hand expressions, supplemented by his expert knowledge of timing, further assured him the last word and first place in everyone’s heart. You could never win a debate nor would you tell a better joke. These were truly the tools of an angel and he set about changing the world with them. A good friend of the family quoted, “Apropos to Christian’s super-hero panache, many of his favorite things were works of fantastical heroism. Peter Pan, Robin Hood, The Incredibles, Spiderman, Superman, and Toy Story, all embodied the same distinctive heroic qualities of the “Macho Man”. One has to wonder whether these fictional stars were inspirations, or merely symmetrical thinkers with whom Christian found common bond.” 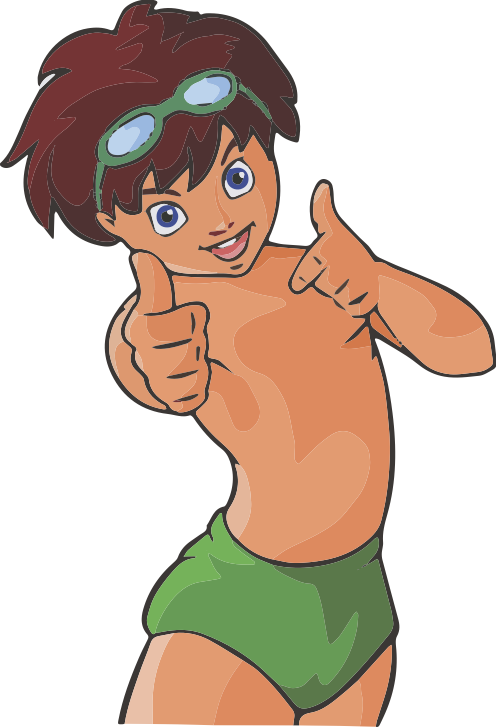 Christian drowned on the evening of August 11, 2006 while swimming with his closest friends and brother. Five lifeguards were present. What Christian brought to this world in the four short years that he was here was more than what mere words could ever describe. Christian embodied the intangible beauty that inspires masterpieces. He could steal the show from the setting sun; work would be a vacation if he showed up; and he would simply change the rules so that the final out of the final game was just the seventh inning stretch in a greater game of his construction. Christian was not the type of kid that could be wholly captured by the recollection of a single memory or instance. There will never be a way to completely describe or even touch upon the surface of the incredible store of energy and excitement he held within his dynamic personality. Although, if one could come close to encompassing all the vigor that made Christian the witty and crazy kid that he was, then it would have to be to remember his smile and mischievous glint in his eyes. He always seemed to look at you as if he knew something that you never would. He smiled as though he was two steps ahead of everything; most of the time two steps in the wrong direction, but two steps none the less that made him feel as though he was winning a game that you never knew you were playing until you had lost. Christian approached life 110% from the start. We continue to let him live in our memories and we honor him by striving to his example of living our lives 110% everyday.